1) Paint the whole strip #9 (the lightest grey), except for a patch left white at one end.

4) Continue getting darker by increments, always leaving a patch of the previous layer. It's OK if the steps are not perfectly even,  as long as each one is darker than the last.

Don't leave white between your patches.

Five Value Monochrome Study
Here's a n example of the process for making a quick  5 value monochrome study. With a hair dryer handy, you should be able to  make one in fewer than twenty minutes, once you get done reading all this text, that is. The process is very similar to making a value scale.

What role does value play in the relationships between the big shapes?
As a first treatment of a new subject, it would be hard to find a better exercise than a value study. Understanding the dark/light relationships between the big shapes in your composition is an essential step to making a painting that is cohesive. A five-value version  (white, light grey, middle grey, dark grey, black) can be done quite quickly over a simple drawing of the big shapes. It also provides good practice for seeing in layers.
Look for an image that resolves nicely into just a few shapes - no more than a dozen.  The major shapes are those that must appear separated in order to understand where things are in the illusory space. You can use one of these photos or one of your own. Please read this entire post first. The step-by-step example (below) will help you know how to proceed. 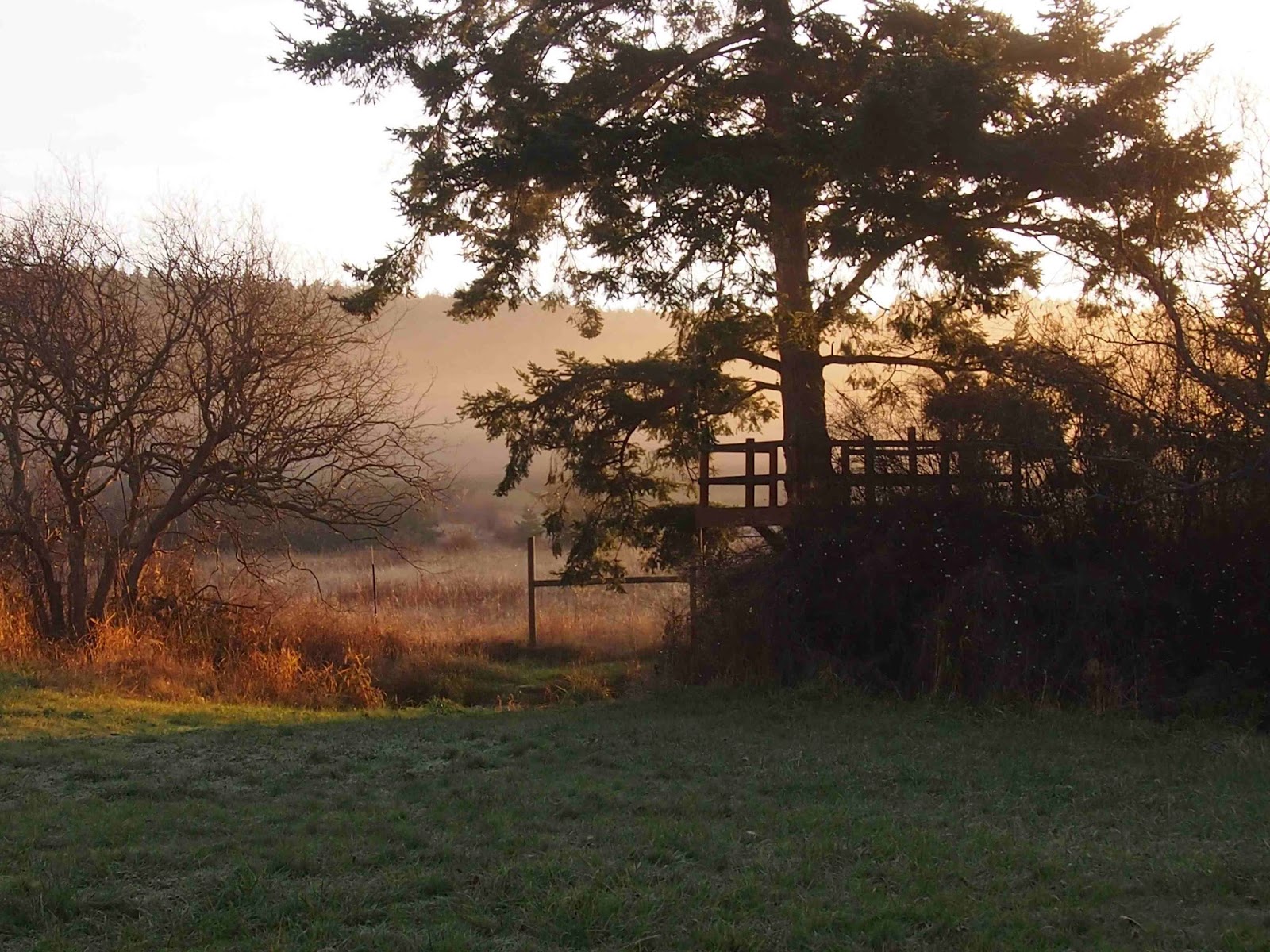 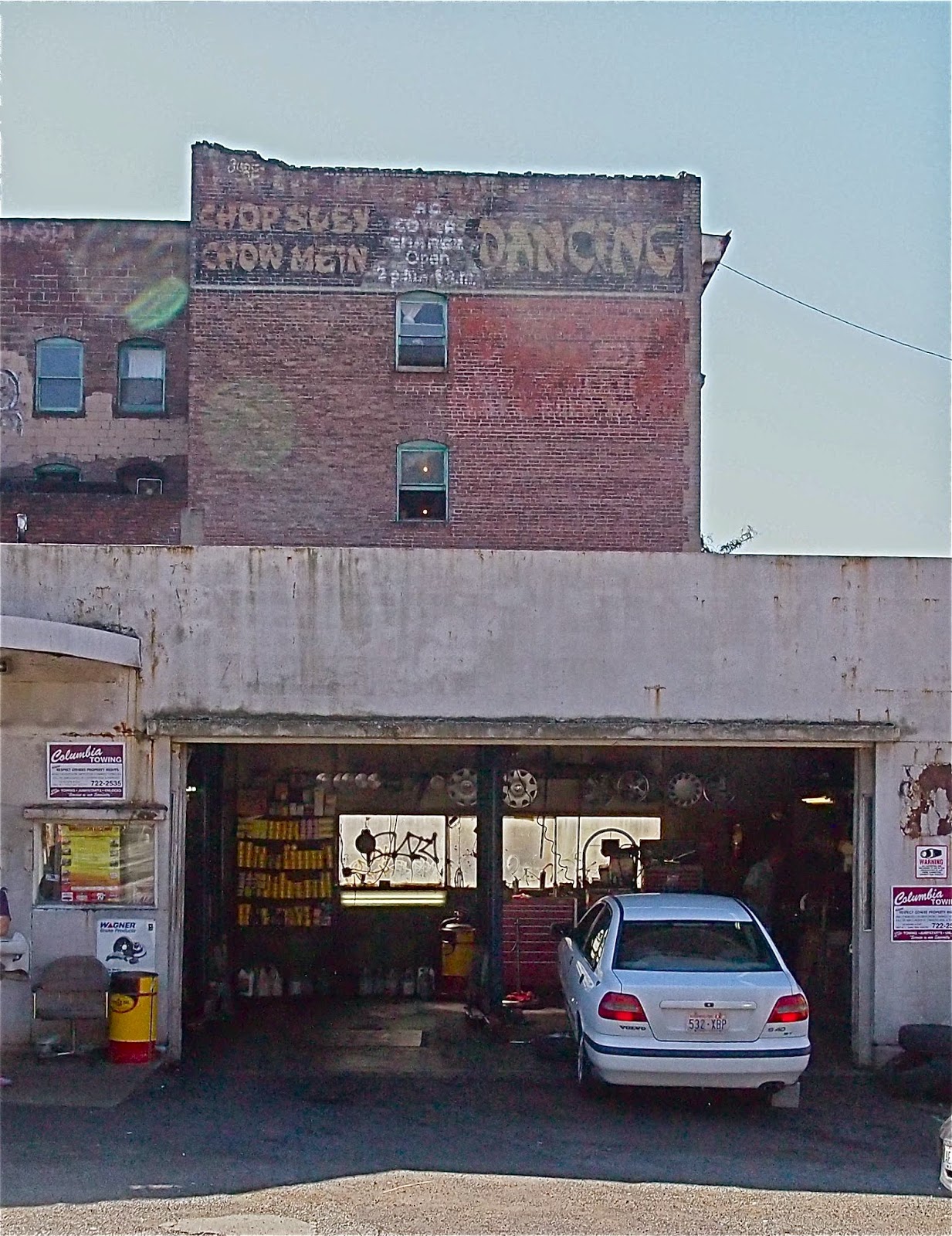 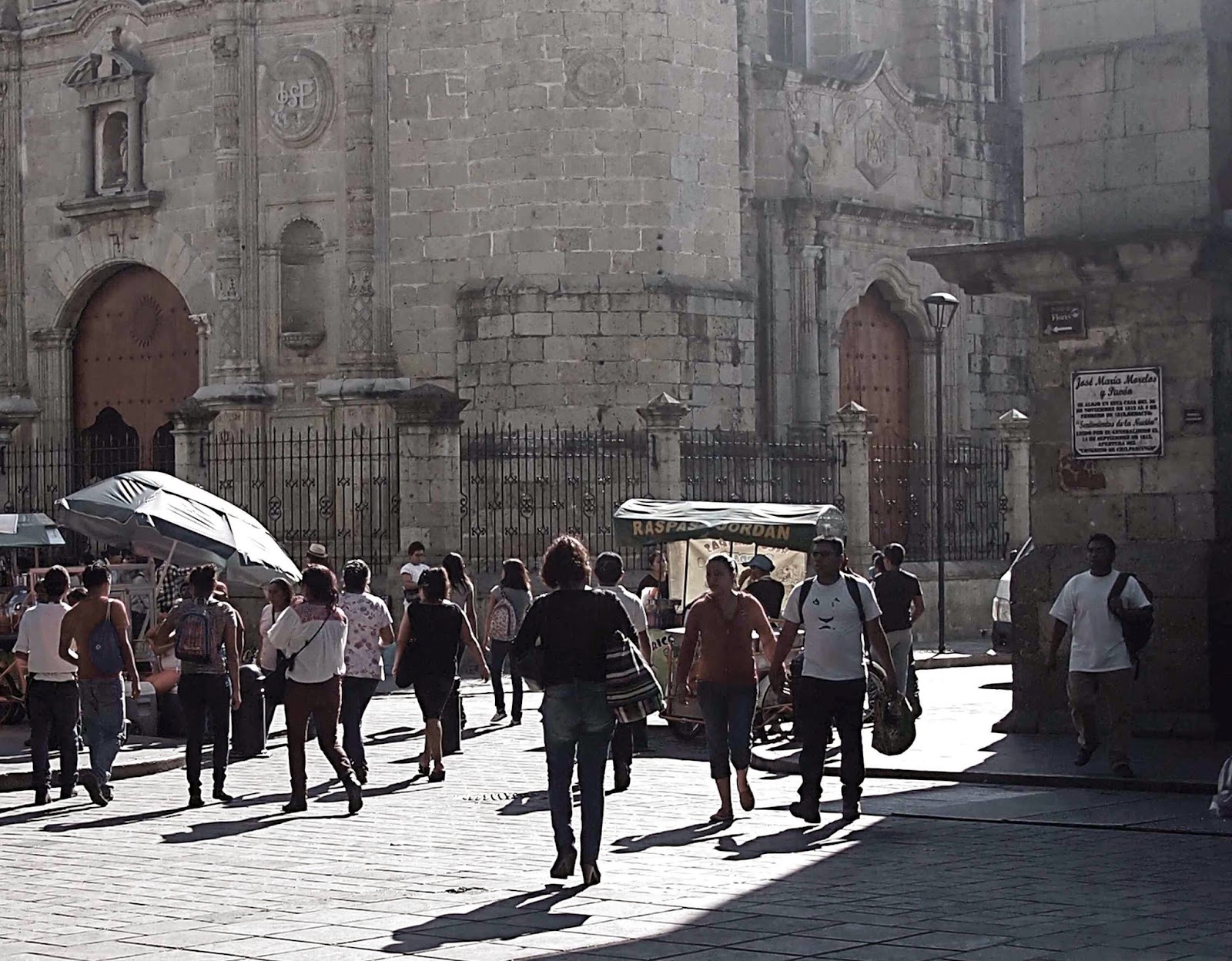 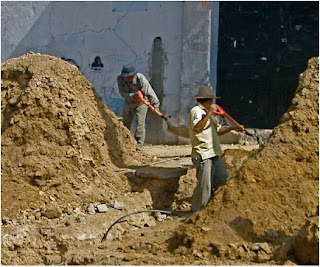 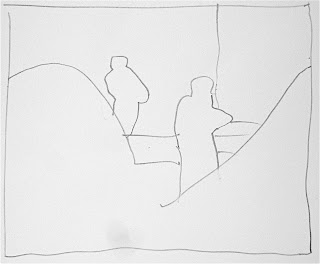 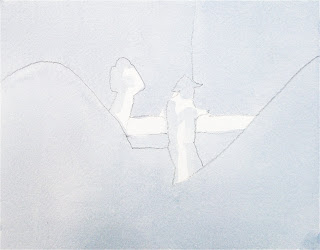 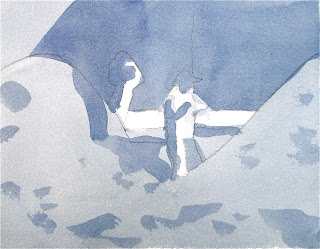 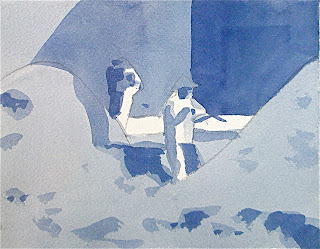 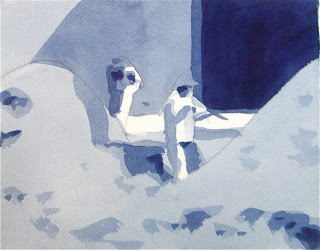 Where do I need more subtlety or specificity?
When the value study is finished, it can be compared to the source image or the scene to see where adjustments need to be made. Having come way over into the realm of too little information, we now have a basis for judging how much more needs to be included.  Don’t skip this step.  A study, as the name implies, is a learning tool. Your painting process will be more efficient and your paintings more cohesive if you extract all the lessons you can from your preliminary work.
In the photo, the two mounds of dirt are so similar in color and value it seemed sensible to treat them as a single shape. But the study reveals that it would be better to separate them, making it clearer that the one on the right is in front. It is also clear that the mound on the left does not separate sufficiently from the wall in the background. It looks ok where there is a shadow behind it, but where the wall is sunlit only the pencil line separates the two shapes. Perhaps lightening the left mound a little could solve both of these problems. Five values, in this case, are not quite enough. This is an example of the need for more subtlety.
The little raised frame beside the doorway that catches the sun is a fine feature  of the photo that I miss. It does an important job, describing the light. It is a bit of specific information that will add significantly to the picture without becoming a distraction.
It is surprisingly easy to see what is missing and what needs to be changed when the image has been over-simplified. If I had made a complex first attempt it would be difficult to know which of the (too) many elements were not necessary.

Posted by Hoffmann Watercolors at 6:09 AM