Translating an image or a scene into watercolor is easier if you can envision the painting as a series of layers. Using the image you selected at the end of class or one of those below, make a simple study along these lines. 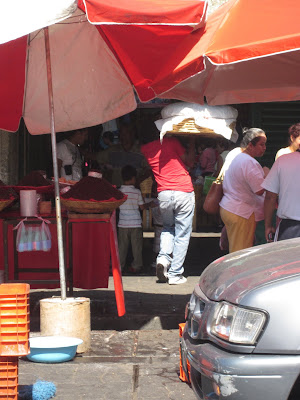 This market scene depicts a shallow space, crowded with shapes. It seems important to make clear where the individual components are, relative to each other. I would want it to be obvious that the car is closer than the umbrellas, which, in turn, are closer than the sunlit people. Beyond them are more shapes, subsumed in the deep shade. For each of the major shapes in your scene, draw a simple outline to locate it on the picture plane. Remember, this is meant to be over-simplified. We only need to know where the shapes are, not what they are. You will learn more about what needs to be in the painting and what can be left out if you resist the temptation to make your study a handsome product.

Next, block in each of the shapes with a first layer. The layers will progress from light to dark, allowing each successive layer to be applied on top of the previous ones. To help see a couple of layers ahead of yourself, try asking, "Is there a way I can paint the entire shape with a wash that will underlie everything that will come later?" In most cases, this will be the lightest tone you see in the shape.  Think of it as a common denominator.

Use three colors, one red, one blue and one yellow, to make all the colors you see.
Have fun! 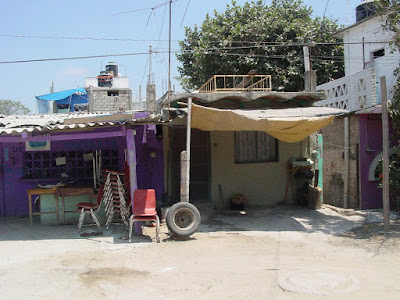 Is it necessary for the viewer to be able to tell the identity of every shape? 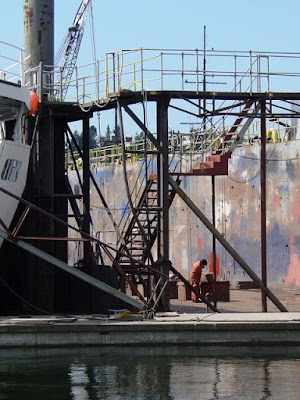 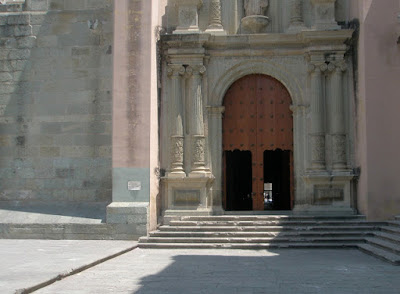 How many layers do you need to describe the stairs and the shadow that crosses them?
Posted by Hoffmann Watercolors at 4:11 PM