Monday night and Wednesday morning: One Step Beyond...

The portrait studies we did in class were deliberately over-simplified. There were probably moments when you wished you could have mixed up more subtle washes halfway between the dark and middle values, for example, or where a fourth or fifth color might have been fun to try.
If there were no guidelines, would you want to move toward greater subtlety and specificity, or toward a personal expressionism? Perhaps both.
Start another portrait, and see where it leads you.
Here are some approaches that may give you ideas:

Posted by Hoffmann Watercolors at 9:18 AM No comments:

Intermediate Watercolor - The Figure: Taking off from your live studies

All the work we did in class this week can be a good resource for poses and color ideas. With a live study as a road map, you can see how to simplify your efforts and apply the paint with more certainty. Proportions can be corrected, overpainted sections can be refined, chances can be taken based on what worked and what didn't. You can add line work wherever necessary, and decide where you can afford to lose edges. Try out some backgrounds.
Here are some approaches that may inspire you: 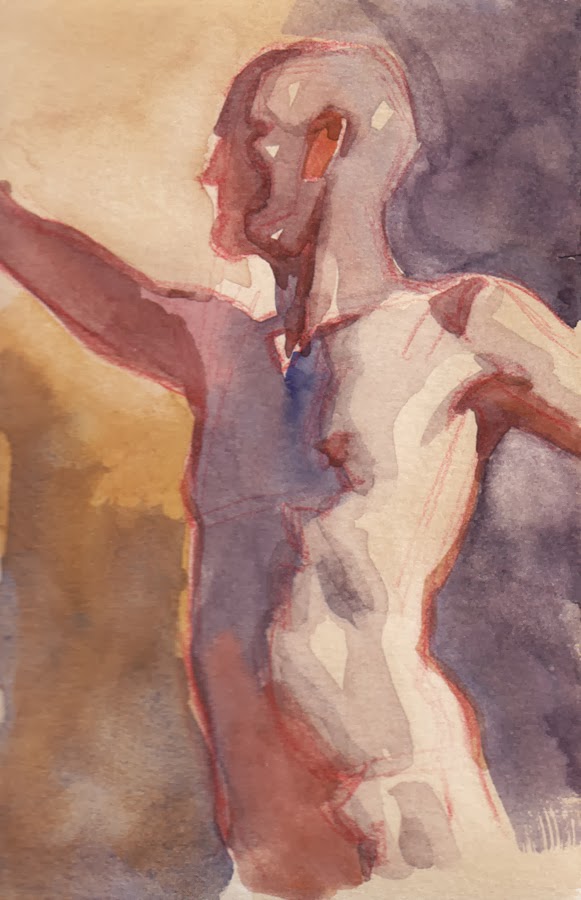 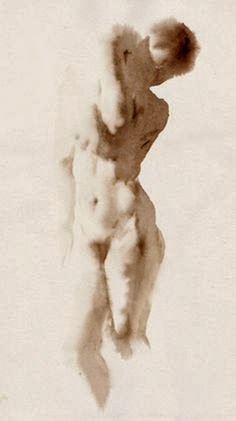 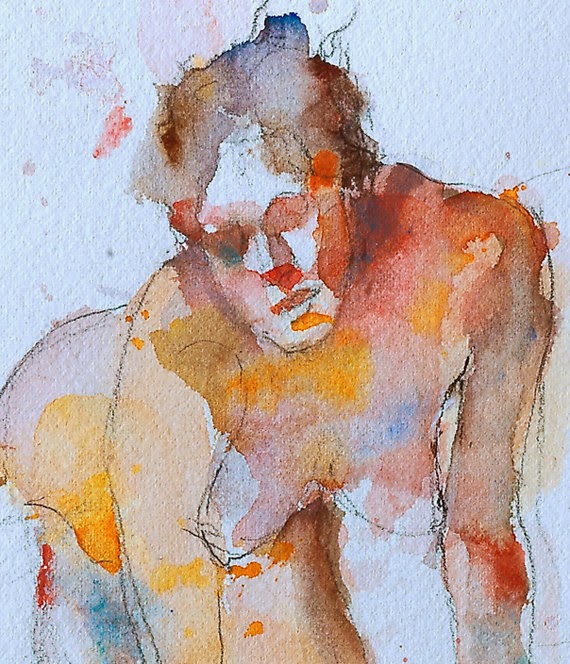 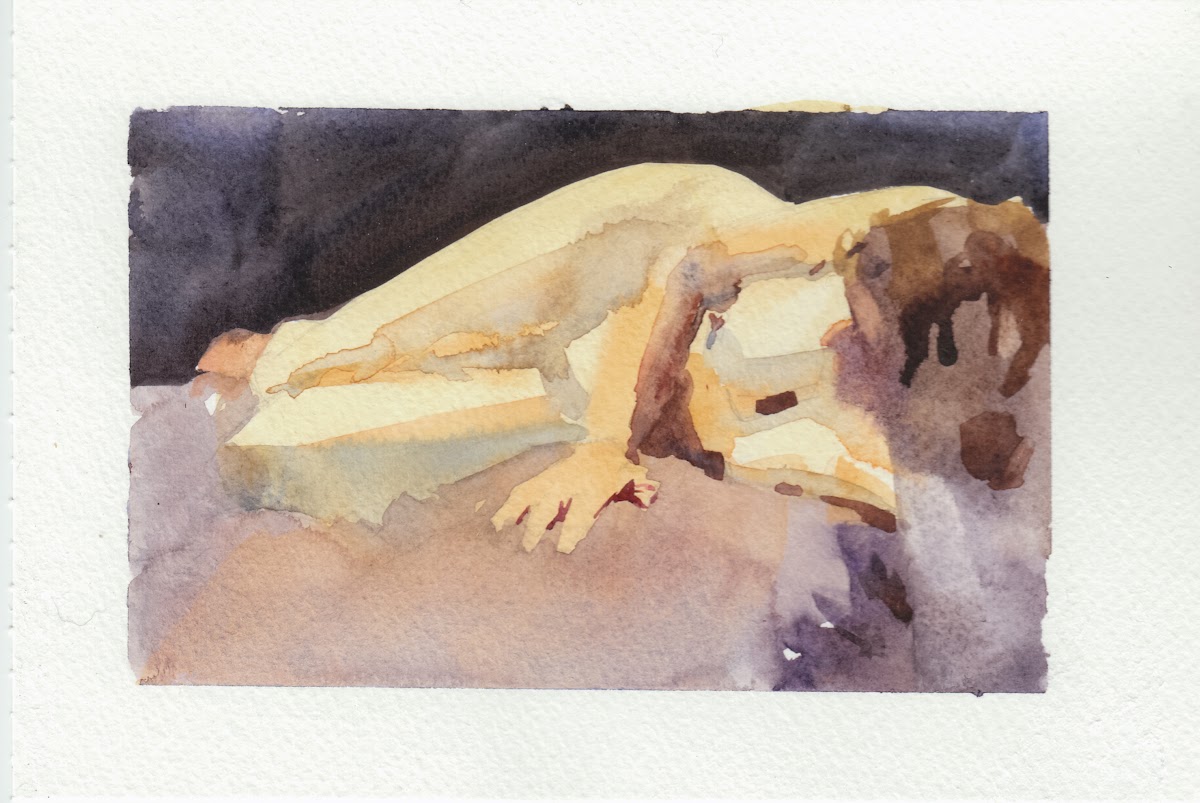 Posted by Hoffmann Watercolors at 8:54 AM No comments:

Monday Night and Wednesday Morning Homework: One thing at a time 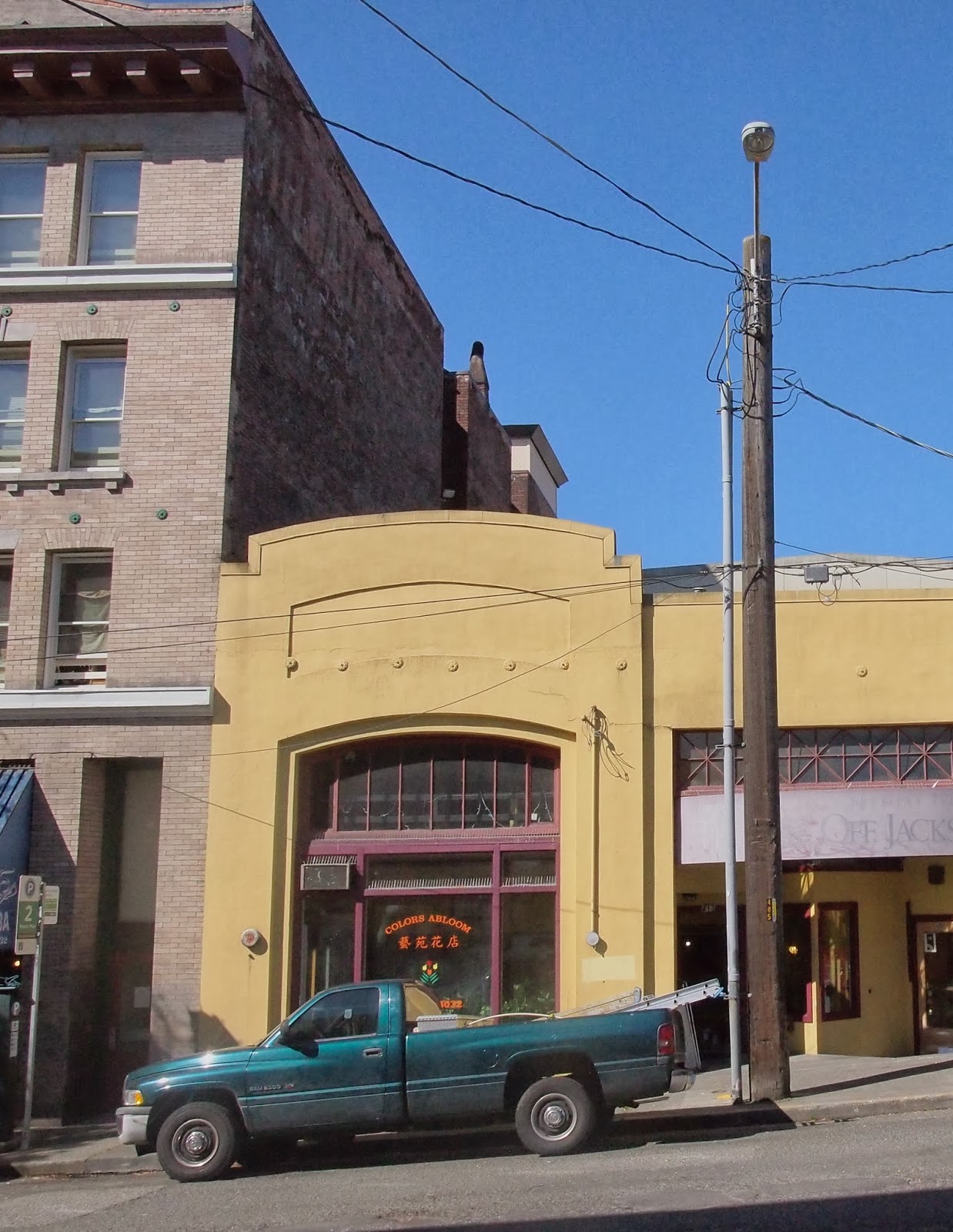 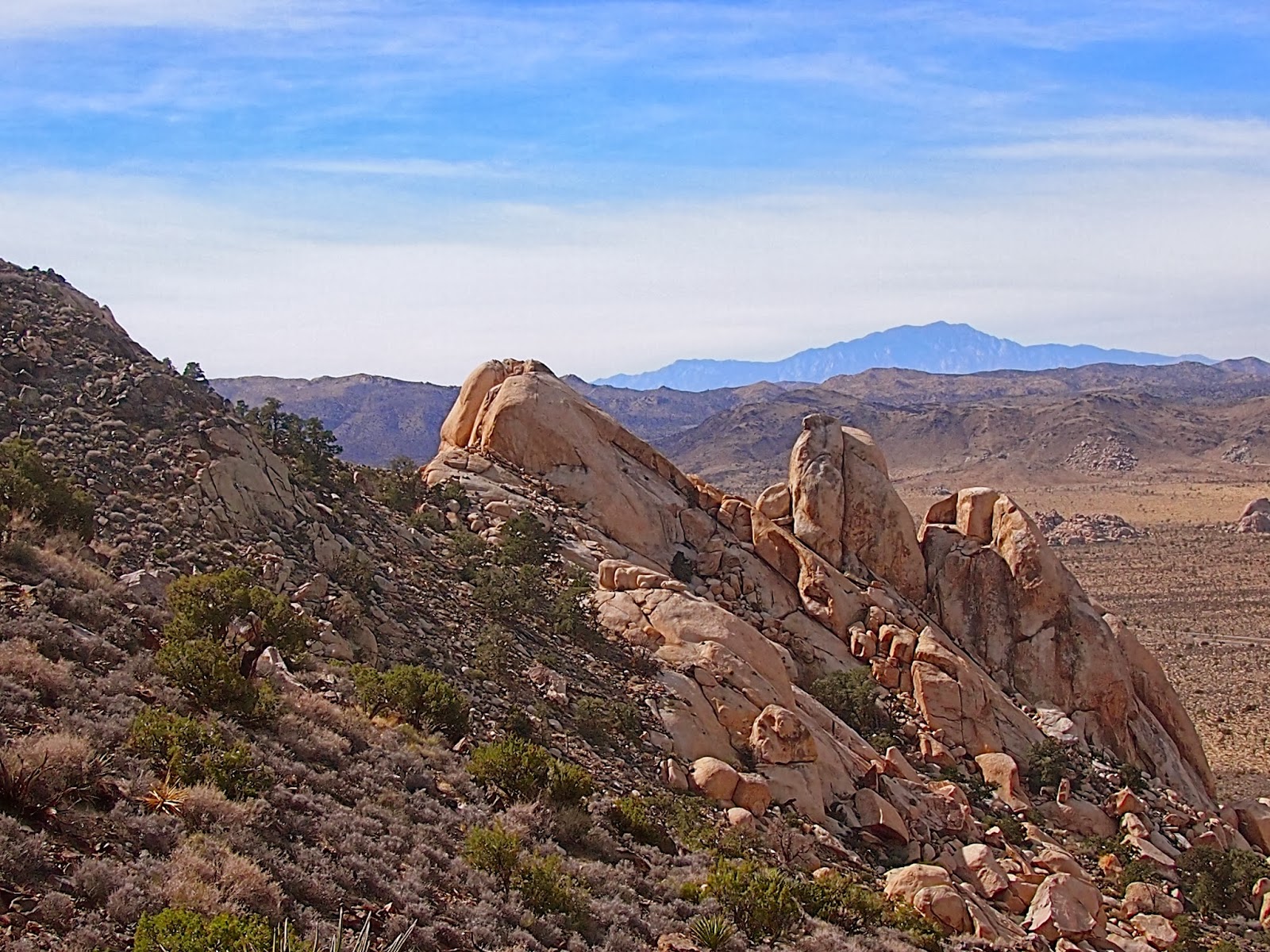 Assess the work you did in class this week.

Having made an exploratory study of one or the other of these images, there are at least a couple of things you'd like to do more effectively. Probably more like several things. Before you launch into another try at your image, I recommend identifying specifically what needs refinement. It may be that your questions can be answered by working out each issue on a piece of practice paper, one at a time.

Let's say, for example, that you painted the landscape (from Joshua Tree National Park), and the foreground pinnacles didn't separate enough from the background. Now is the time to ask which variable(s) could be working harder to pull the rocks forward and push the ridge back in the illusory space. Go down the list:

Color: Is there sufficient color difference between the shapes? The warm/cool dynamic is pronounced in the photo, but it could still be exaggerated, if that would help.

Value: Maybe you swallowed up too much of that important light on the left-facing sides of the rock, or  could you afford to darken the ridge a bit? Both?

Ask about wetness and composition in a similar way, one variable at a time. Try out your potential solutions as isolated passages on scrap paper, one at a time, until you are quite sure you're ready to make another version of the painting.

The reason for limiting how much you're trying to improve at any given time is to avoid confusion.If you take on everything in general, odds are you won't be able to keep them all in mind at once. If you focus on one at a time, however, you will see definitely see some improvement. Guaranteed.

Posted by Hoffmann Watercolors at 3:10 PM No comments:

Intermediate Watercolor Homework: The role of drawing in figurative watercolor

Most of the time, when we work from a model, I play down the importance of drawing. If any other Gage teachers read that sentence I'm sure they would be scandalized. It's like an elementary school teacher saying , " I want to de-emphasize the role of reading in our classroom". But I'm interested in promoting thinking in shapes first, rather than outlines, and I'm concerned that an overly careful drawing would lead to "coloring in" with the paint, so I usually encourage starting out with a brush rather than a pencil.
BUT, the fact is that my own figurative work has always suffered from awkward proportion, as well as an unresolved relationship between figure and ground. Both of these would benefit from more, or just better drawing.
Recently it occurred to me that most of the drawing could come after the paint had been applied. Then the line work could serve to place emphasis, and to adjust proportion and refine the pose. One could choose exactly how much drawing was appropriate based on the brushwork that would already be there. A minimal amount of drawing, just enough to locate the components of the pose, could precede the painting 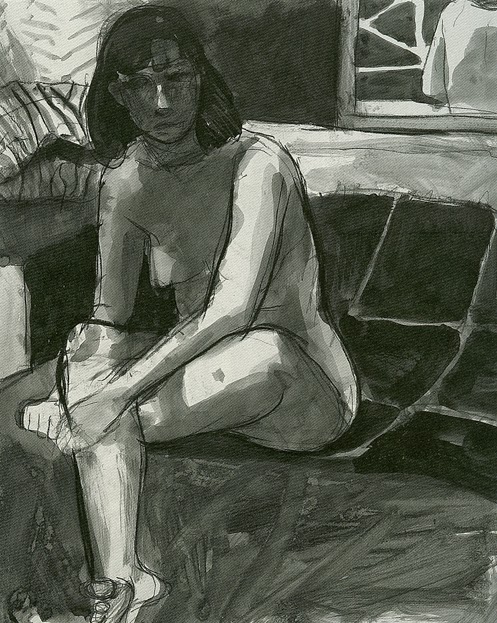 Try to picture this ink and charcoal figure by Richard Diebenkorn without the lines. Squinting helps. In many places,  the brushwork would be sufficient to separate the figure from the background. Where the washes are darker than the figure, an edge exists that clearly delineates the shape. The window nook behind the sofa is a good example of how just a few lines are enough to "find" the shapes in space.
You can practice this approach, if you're interested, by working from photos, paintings, or live models. I suggest working in monochrome, at least at first, to keep color from distracting your attention from the line/shape dynamic. Please bring your studies to class. 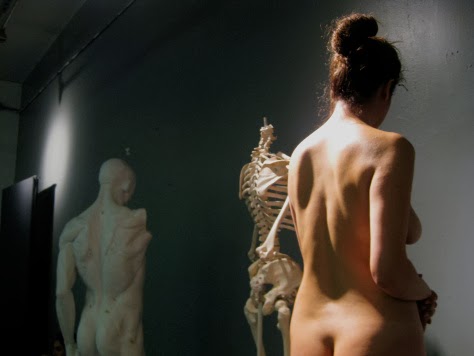 I'd move the skeleton 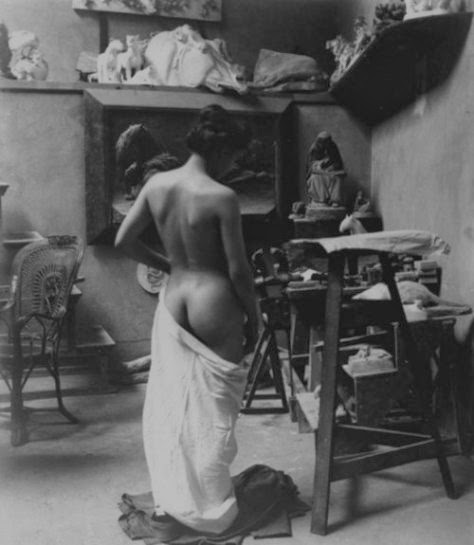 Simplify the background a bit?

I lifted these images from a lovely blog called Museworthy


Posted by Hoffmann Watercolors at 1:15 PM No comments: