Beginning Homework 9/14/17 The Illusion of Space 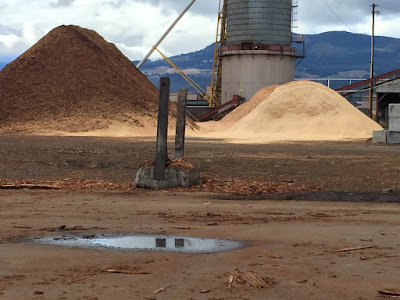 To see the illusion of depth in this photo it is necessary to understand which shapes are in front of which. Take a look at that diagonal pipe, for example. See where it disappears behind the dark pile of sawdust? Just before it does, it crosses in front of blue hill, revealing that it is situated between those two shapes. Overall, the composition of shapes in this photo relies heavily on overlap to show us where the shapes are located in space. In fact, with the exception of the puddle, every shape in the scene overlaps or is overlapped by at least one other shape.

If the scene you've chosen to paint seems disappointingly flat, it may be that the shapes need to be moved around a bit, or another shape needs to be introduced.
In the photo, below, most of the shapes do not overlap each other, making the illusion of depth somewhat ambiguous. 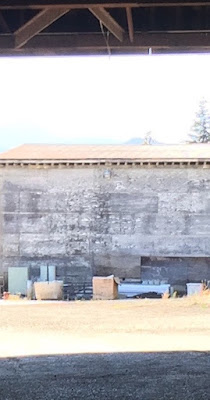 If the dark overhang above the opening had a post holding it up that crossed in front of the building we would be able to see where all the shapes are relative to each other.

It's a good idea to tend to composition first, since the shapes are easier to rearrange when you haven't begun putting paint on the paper, but the other variables have a role to play, too. Let's look again at the sawmill image. The blue mountain disappears behind the tank and then reappears on the other side. That double overlap makes clear which shape is closer to us, but the color of the mountain also contributes to the feeling that there is considerable space between the two shapes.

In class, we observed how edge quality could be adjusted to make the space more or less obvious. In the painting below, notice how the edges of the yellow trees go in and out of focus. The color and value differences between those shapes and the dark background are potent enough that the foreground will still separate from the background even if some of the edge that sets them apart is softened. The advantage of deliberately losing some of that edge is that the yellow trees look more integrated in the scene when they are not completely surrounded by a hard edge. 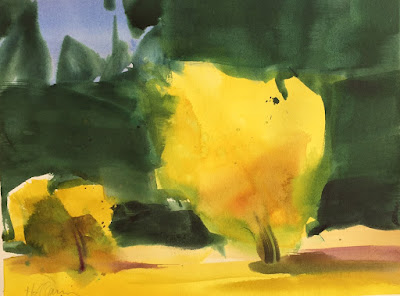 Using the image you were working with in class or one of the illustrations in this post to explore how adjusting the variables (composition, value, color ,edge quality) affects the illusion of space. You can fill a page with experiments in the form of unrelated vignettes. The idea is that you are trying out possibilities as a learning process that precedes making a proper painting. For our purposes, the learning is the goal, so it's fine if you never actually paint the whole scene. If you have time, by all means go ahead and put it all together in a painting, but, in either case, bring whatever you do to share with the class. And, have fun. 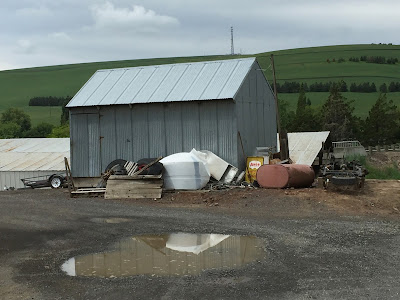 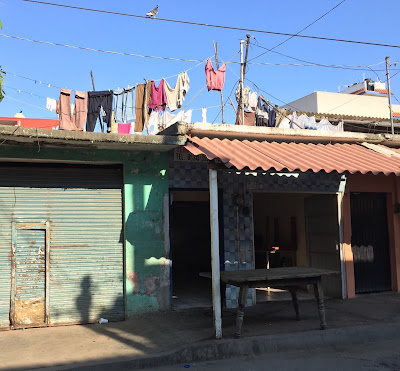 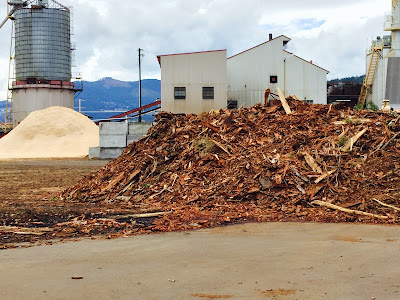 Posted by Hoffmann Watercolors at 9:53 AM