Looking at the watercolors  of John Singer Sargent we encounter some  areas of simple, gorgeous paint and other contradictory passages of great care and complexity, often in the same painting.

Take a look at the  grass between the gassed soldiers' legs. Sargent knew that the carpet of green with just a scant specific blade was sufficient to describe lush grass. The gas mask, on the other hand, needed much greater care to  identify. 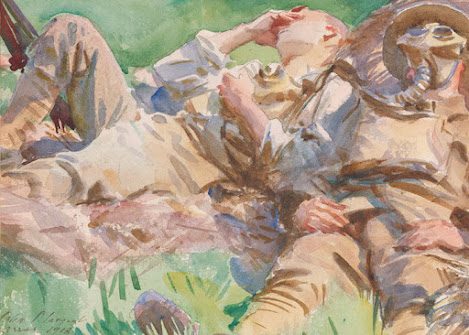 Sargent
A comparison of Winslow Homer's early and later watercolors reveals a similar change in Homer's brush handling. In the early years the artist was more concerned with narrating various stories than he was with celebrating the fluidity and transparency of the paint. 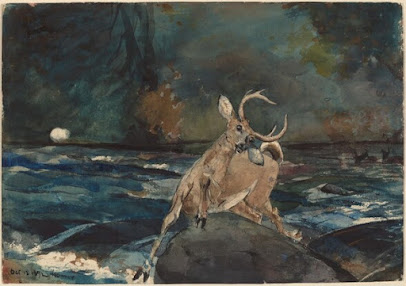 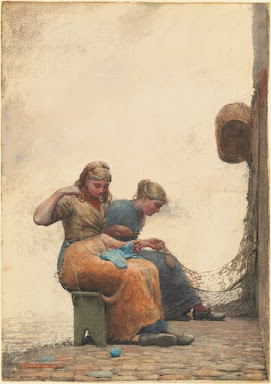 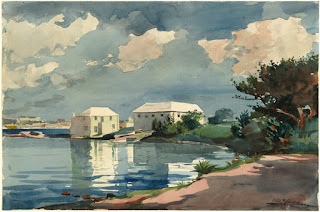 For Homework, select one of your own paintings, one you are very familiar with, and make a version
of it that you don't have to correct.The idea is that the painting is one of thousands of versions that are
perfect enough.
Posted by Tom hoffmann at 2:04 PM No comments:

Now and then we discuss the all important phrase ; Shape first, then texture, if necessary. The idea is to remember to keep your brushwork general until the painting calls for more specificity, if it ever does.

One way to stay open is to work on wet paper, at least for the first layer. Take a look at these examples; 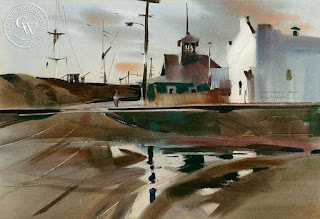 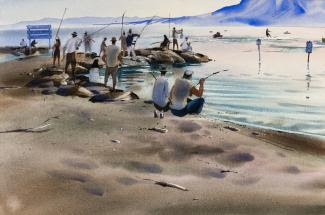 Rex Brandt
Brandt usually began a painting by wetting the whole sheet and blocking in the major shapes.. Can you imagine what the first layer of either of these paintings looked like?.For each shape there was a solid
wash of color into which the damp brush was touched, making mid-value forms. like the blue green pattern in the water.
Would you like to make an interpretation of one of these? If not, how about  one of the two photos?
If you have a photo of your own, by all means use that. 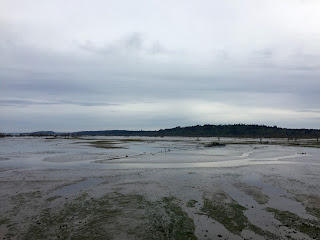 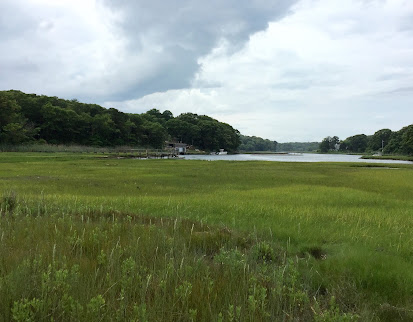 Posted by Tom hoffmann at 2:42 PM No comments:

Here's a marine scene from Leslie Frontz, and a farm from George Post, below. Both pantings make use of simple patterns that rely on the context to help the viewer recognize the subject. 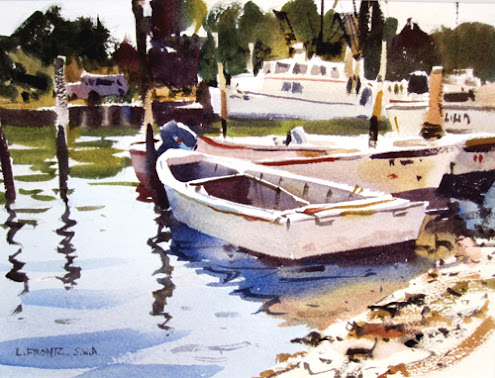 By themselves, the dark, squiggly shapes behind Frontz's rowboat have no meaning, but in the presence of the edge of the water we have all the information we need  to make a pretty good guess where we are. 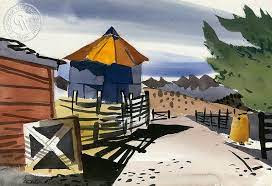 Post's patterns in the Farm scene are even simpler to "read". With its pointy green strokes we can tell what kind of tree that is on the right, and those simple curves in the surface of the ground plane are unmistakeable.
The message here is that we don't have to paint everything. It is not your job to make sure the viewer recognizes exactly what everything is.
Meanwhile ...It is part of your job to make the patterns you devise engaging to look at completely apart from what they represent.  After all, paint on paper is all there is. If it's not fun to observe then  we have missed our mark. 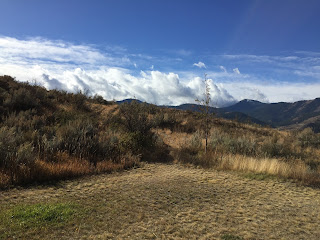 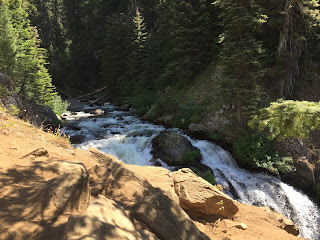 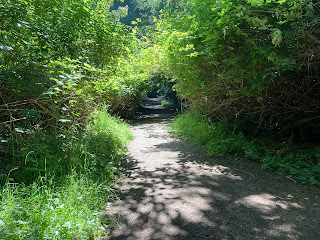 For homework, please select one or more of these images and use patterns  to simplify your interpretation.  Karen, this might be a good time to let everyone know when the images should be submitted
Have fun

Posted by Tom hoffmann at 2:59 PM No comments: