Where's the homework?
You take it from here. What do you need to work on? Pick just one thing - seeing layers, getting the darks dark enough on the first try, controlling wetness - whatever it is, stay with it, and don't spend your energy trying to make a pretty painting. When you put your efforts on the wall, please be prepared to tell us what you were focused on.
Have fun
Posted by Hoffmann Watercolors at 9:38 PM No comments:

In the interest of becoming your own best teacher, remember to keep your goals realistic. Here's an example of using the list to narrow down the focus of your efforts toward refinement of a work in progress.
If you are unsure of part of your subject, or if something you have tried looks wrong, you can either practice it on a separate piece of paper, or attempt something on the painting in progress. If your experiments don’t lead to increased confidence, slow down, and make sure you understand the problem. Go down the list: Color, Value Wetness, and Composition. When the dust has settled, you should have a plan for what you will do differently. Limit the changes to just a few, so you can see whether you have resolved those issues. Taking on too much at once obscures your progress, and increases the odds that you will be overwhelmed. 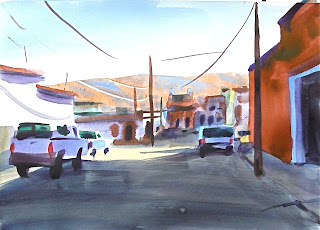 147             Study, Barrio Azucenas, Oaxaca                        Tom Hoffmann
There is a mountain at the end of every street in Oaxaca. I wanted this one to feel distant, but to display the afternoon light. A hard edge for the profile, but soft edges for the shadows seemed right, as did carrying on the blue/orange palette from the rest of the picture. When it was finished, though, something was not right. The scene did not feel as peaceful as I intended.
Going down the list, I started to assess color first: Are there too many colors? No, that’s not the problem. Is color temperature an issue? Hmm…could be. The mountain may be too closely related to the blue and orange in the buildings, pulling it forward in space. And the big orange building on the right is too insistent. Maybe ease off of the complimentary palette. It seems a little harsh.
How about wetness? The big building is all in shadow. Maybe the doorway should have a soft edge. That would make the whole shape less intrusive. I like the soft, blue shadows on the mountain, but maybe soften the profile a bit to make sure it stays back. That’s enough for now. Time for another try.
148            Barrio Azucenas                        Tom Hoffmann
Softening the blue doorway was definitely a good move. As a separate bit of painting, I liked the orange mountain better than the green one, but it didn’t work as well in the big picture. In all, I’m satisfied, and don’t feel the need for another version. This was a quick enough painting that I did not have to think twice about making a new version rather than try to rescue the first one. Actually, I’m glad I left the study alone. After some time passed, I found that I liked them both.
Do you think I should put the rest of the phone wires in this version?
Give this process a try with your latest painting.
Make sure you are clear about how you intend to revise the painting before you begin a new version. At some level I seem to believe that I should trust entirely to instinct and not analyze my efforts at all, so I often rush through my assessment. There may be some wisdom in this, since painting is largely done from the gut, but, realistically, there is no danger that I could eliminate instinct even if I wanted to. Honing in on one or two issues that need to be clarified will not make the next painting a dry, intellectual exercise. As soon as you make the first stroke, the current begins to flow.
Posted by Hoffmann Watercolors at 6:38 PM 1 comment:

When this assignment is finished, you should have three versions of a painting. The first will show the major shapes with just the first layer for each shape. The second version, on a separate piece of paper, will be the first and second layers, and the third will show all the layers. In any given area of the final version there should be no more than 4 layers.

Those of you who took photos home this week can use those for the project, or one of these: 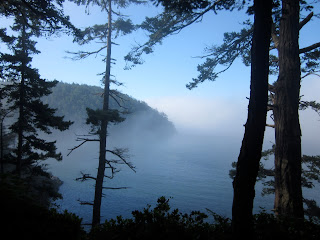 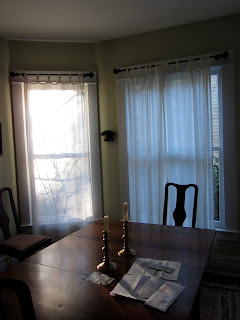 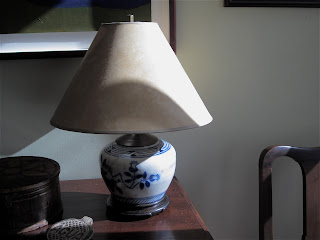 Posted by Hoffmann Watercolors at 6:22 PM No comments: