In class we explored the idea of holding on to one aspect of a painting in order to free up another. Taking care to get the values more or less true, for example, makes it possible to let go of accuracy regarding color.
Similarly, giving emphasis to shape allows you to let go of texture.

Here are a few paintings that rely far more on shape than texture for both fundamental structure and narrative content. George Post liked to suggest texture with a refined pattern. Eliot O'Hara also kept detail to a minimum, using color and pattern to embellish large shapes. Hardie Gramatky and Leslie Frontz hint at complex surfaces, keeping them from distracting from the simple composition. Andrew Wyeth enjoyed creating plenty of texture sometimes, but his compositions are also strongly shape-dependent. In fact, in Wyeth's case, it is the boldness of the value pattern in relatively few shapes that provides a solid foundation for all the texture he displays.
Try copying one or two of these, with an eye toward where the artists saw the need for embellishment of shape, and how they provided it. Remember to copy the feel, or spirit of the painting rather than the letter of it. 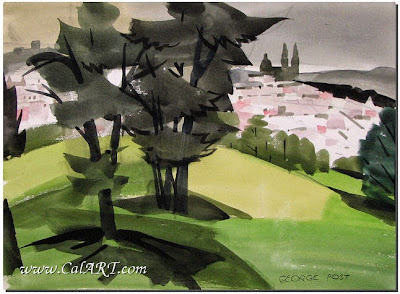 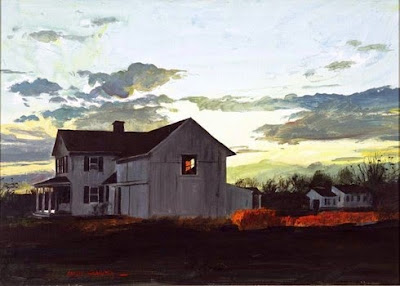 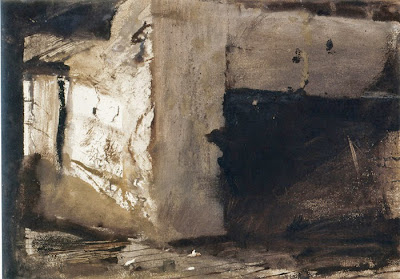 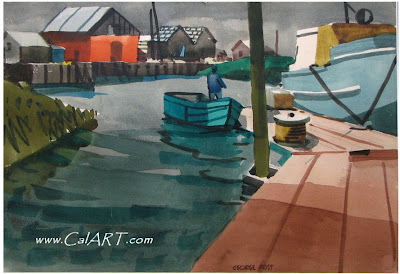 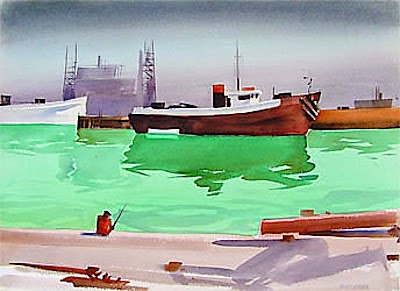 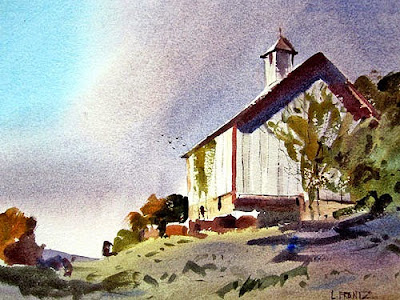 Posted by Hoffmann Watercolors at 12:01 PM