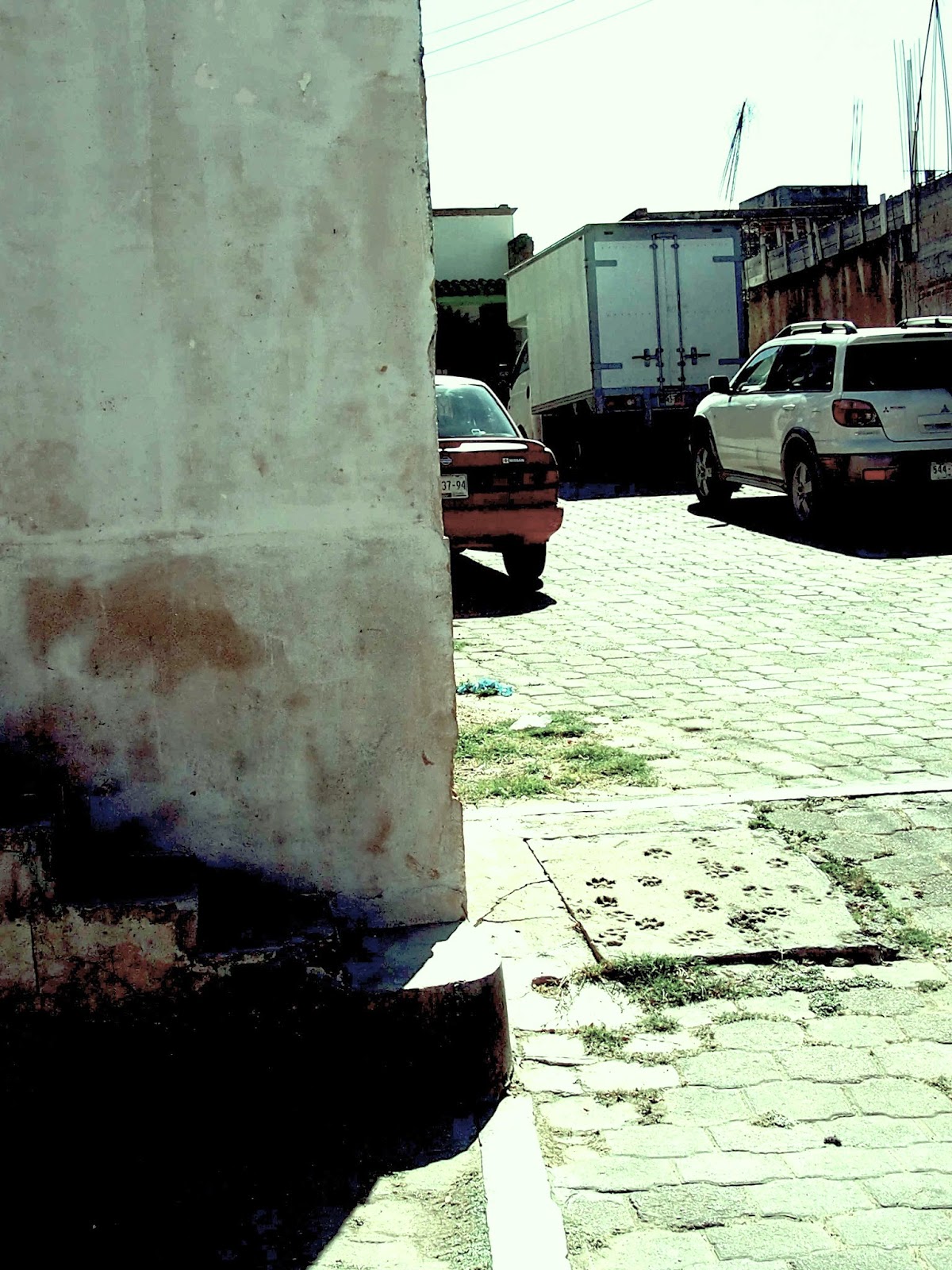 The shapes in this photo, though they overlap, don't separate enough from each other to create a convincing sense of depth. The shapes in the top right look squashed together, more like stickers than 3-d objects. What's going on there? As often happens with photos, the darks contain no information. They are all the same - merely black - so they read as if they are all holes in the paper. As a result, they are calling attention to the picture plane rather than supporting the illusion of space.

The lights and medium value shapes are all greenish. Is that necessary? What if the differences in color of the wall, the street and the vehicles were emphasized, rather than the similarities? Would the feeling of depth be enhanced? 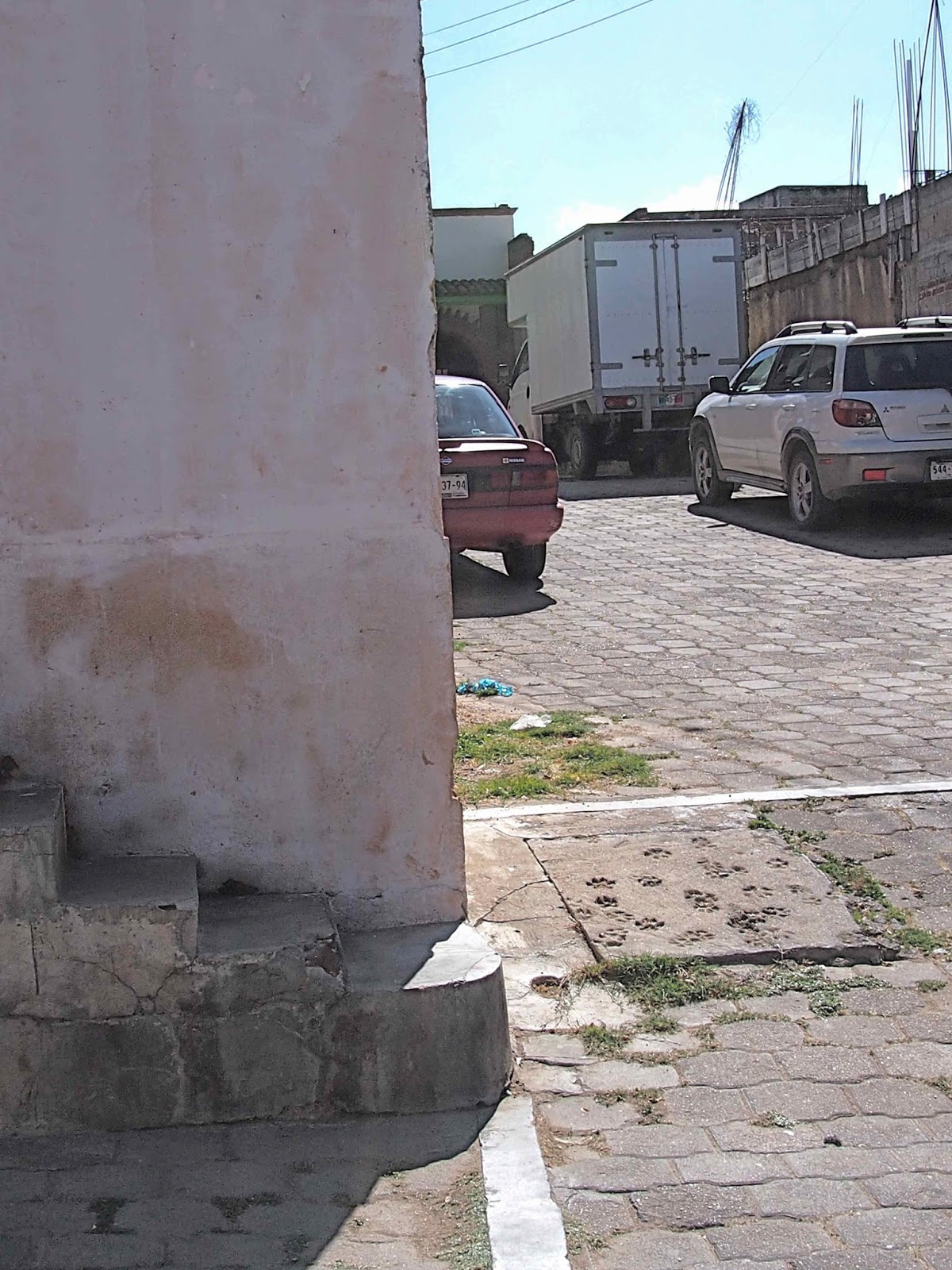 That's better. Not perfect, but much improved. How might you further adjust color, value, edge quality and composition to increase the sense of depth in the image? Something odd is going on where the top of the truck lines up with the roofs of some of the buildings. Can you clarify that ambiguity? What else needs adjustment? 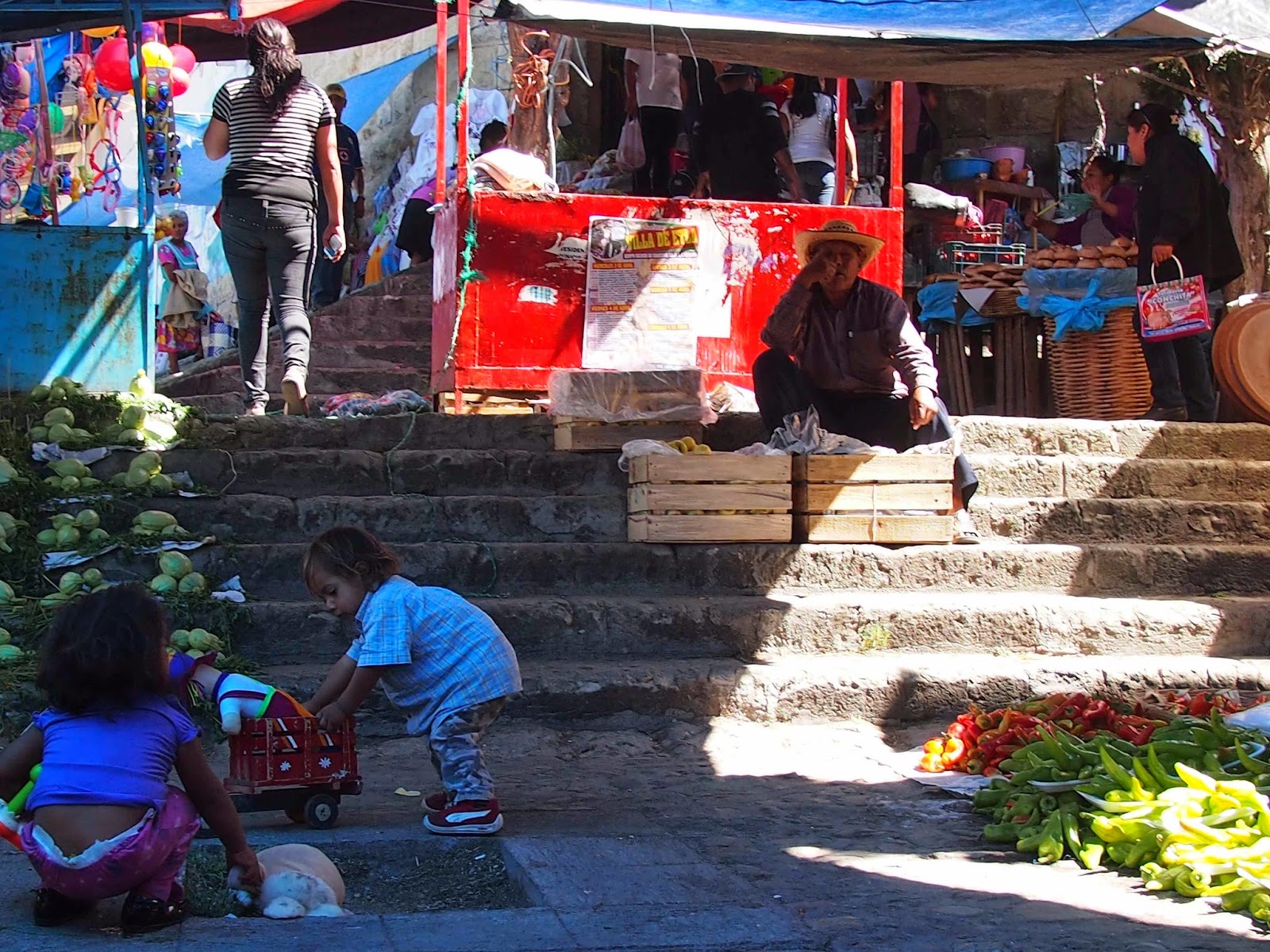 This is a charming scene, full of engaging information, but it would be a mess of a painting as it is now. There are half a dozen conflicting areas of focus, all competing for attention. Time to let go of some of this flood of information. The painter's main job, often, is to edit reality. Compromise, sacrifice, whatever you want to call it, we have to choose what is essential and what is optional.

What would you do here? Would you call attention to the little boy, or the old man? Try covering one corner at a time to see what that does to the overall cohesiveness of the image. What if you cover two corners at once. How could you turn up the presence of some parts and turn down the others? Which of the four main variables would you adjust to make the changes you want?

Each of you brought home a photo. Use that as a starting place (or  use one of these two). Begin by making a thumbnail pencil study of just the outlines of the major shapes. Look for unfortunate convergences that confuse the eye. Move, or remove, shapes relative to each other as necessary (those green fruits in the market scene, above, for example, are all teetering on top of the little girl's head. Get rid of them!)
Write down your thoughts about how you want to use color, value, wetness and composition to separate the shapes that you decide to keep. You're more likely to remember them that way. Don't let the photo push you around!
Now, dive in, and have fun.

Posted by Hoffmann Watercolors at 8:35 AM