November 12 Color Temperature: Compared to What?

We've had some fun this week following Jane Blundel around the fascinating world of color mixing, a fitting end to our ten weeks with a definite emphasis on color in general.

I'd like to take one last look at warm and cool colors. Here are some images to consider  for an exercise that involves choosing a limited palette. Begin by selecting two colors, one warm and the other cool. They don't have to belong to the same hue family. For example, you could choose Prussian Blue and  Yellow Ochre. The colors are cool and warm only compared to each other. They have no intrinsic color temperature.

To make this part easier, choose colors that are distinctly warm and cool when compared to each other. If it's hard to see the difference, use compliments. 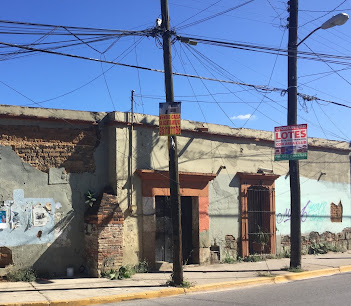 In  the picture above, let's say you chose to work with blue green and yellow orange.
Ask yourself , "What is the warmest thing in the scene?" The yellow curb? OK That's where you should use your warm color in its purest form.
What is the coolest part of the image? The sky? I agree. Use the purest form of the color you chose to be cool for the sky. Everything in between your warmest and your coolest will be a mixture of warm and cool.  Got it? Good. Now read it again,  No hurry 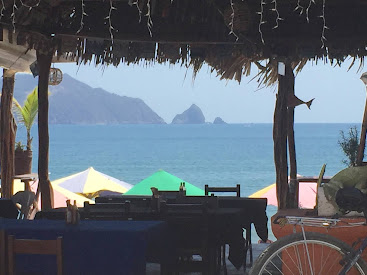 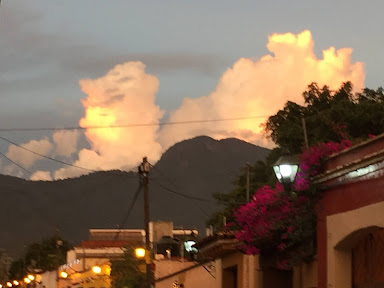