For a variety of reasons, artists often choose to deliberately obscure portions of a painting, creating a so called "lost edge". It's an interesting term, since the artist usually knows exactly where that edge has gone. 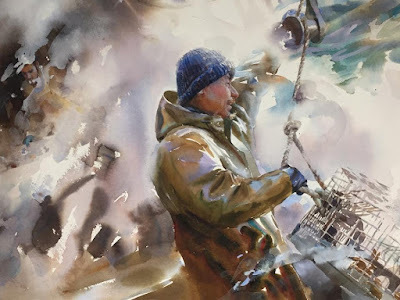 In this dynamic portrait the artist has allowed the outline of the figure to dissolve along the shoulder blade. Compare the edge of the hood with the figure's right shoulder. Similarly, the right hand is perfectly clear and solid, while the left melts into soft edges that suggest another hand in action without specifying its activity. The feeling of movement is emphasized by losing portions of the hard edge profile. The overall feeling in the painting would be quite different if the entire figure were outlined with an unbroken hard edge. 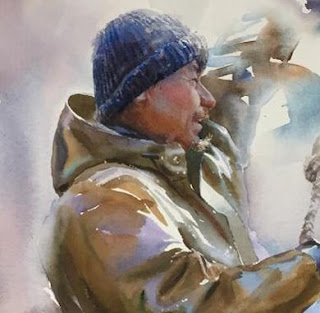 Here's another beauty by Mary Whyte. Look where the shadow of the subject's hat comes across the bridge of his nose. 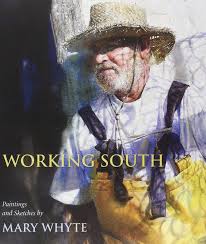 The brim of his hat, the shadow it casts and the subject's right eye all merge into a patch of similar value. Would it be a stretch to say that Whyte wants to display the man's connection to his work and his home, so she lets them share a shadow and an identity? 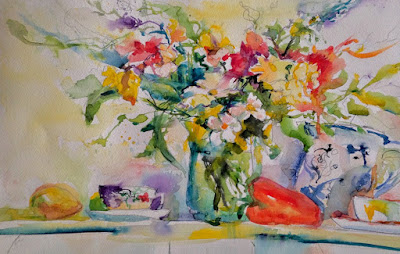 Charles Reid is another painter who makes use of lost edges to connect his subject to its background. For some reason I can''t discern, here he has selected purple spots as candidates for deliberate diffusion. 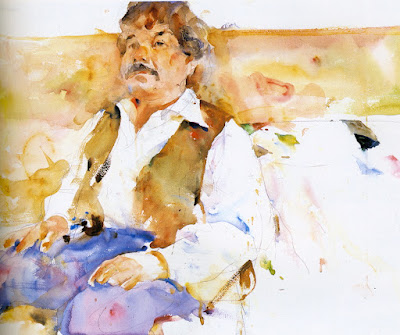 Reid also liked to allow parts of a figure's profile to dissolve. The right shoulder and the left elbow in this sketch have nothing but the initial pencil lines to separate the figure from the ground. It may be that Reid felt the left arm needed a little bit of shadow to keep it from disappearing altogether. 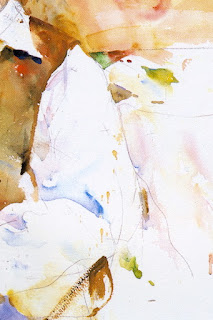 How does one decide where and when to lose edges? Some like to give the hypothetical viewer a job to do, so they look for places where they can "afford" some ambiguity. A sensitive viewer enjoys filling in the blanks, or at least a few of them. It can be overdone, of course.

Here are a couple of photos that may provide opportunities for experimenting with lost edges. Your own photos  will be fine, too. Try softening a bit here and there. 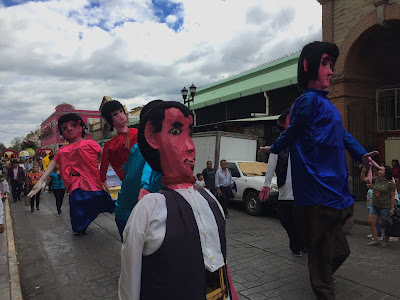 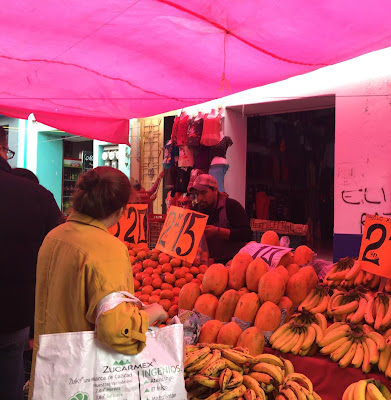 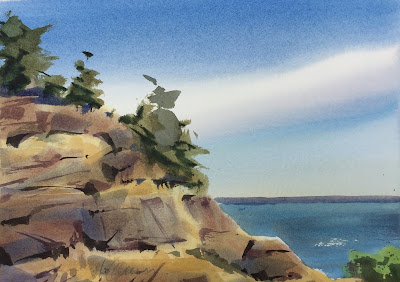 Posted by Hoffmann Watercolors at 11:04 AM