Many of the painters I know see their work evolving from the realistic toward the non-representational. Moving to abstraction involves a shift in emphasis from creating a convincing illusion to an acknowledgement of the fact that there really is no space, no light, and no substance there, only paint on paper. That paint, the  form of it, becomes the subject of the painting.
Ironically, the further one goes on the continuum from “realism” toward abstraction, the more the emphasis shifts toward what is really there. In this way, abstraction is more real than realism. It can be revealing to consider the titles artist give to their work in this regard. 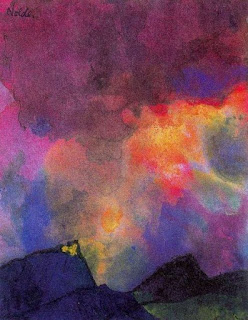 This very dramatic image by Emil Nolde is simply called, Mountainscape. It may have been painted from life, or it may have been entirely invented. We can't tell from the title.
Most likely, something other than the location of this scene was most important to the painter. Try covering the mountains and just looking at the sky. Now do the opposite. Which would you say is given emphasis, form or content?

This scene, which was imagined rather than observed, does not need to be identified. The space has been allowed to flatten to the extent that all the component shapes are assembled right on the picture plane. As far as a convincing feeling of space or light in a particular place is concerned, whatever! 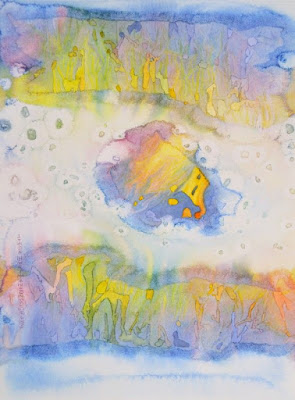 To what extent has the artist let go of the illusion of light or space in this painting? The word “Dreaming” in the title suggests that she is not attempting to describe a particular place. In fact, she could be dreaming of a river, mountains, or activity on a microscope slide. The important thing is that the forms are not identifiable. We do not need to know what they are to enjoy them.

Using the photos that follow as a starting place, explore the territory that opens up as you let go of the specifics. 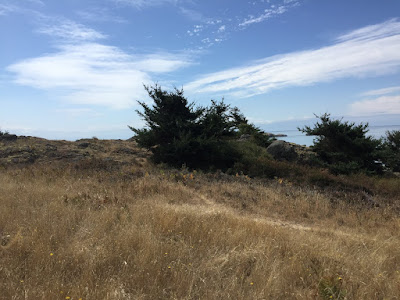 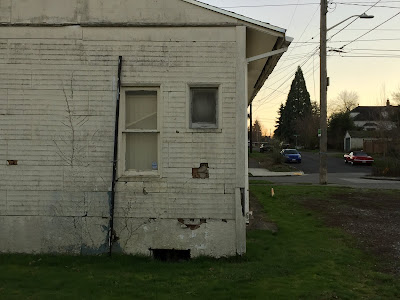 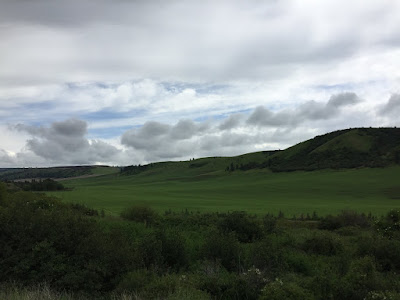 Posted by Hoffmann Watercolors at 7:06 PM