Shape first, then texture, if necessary.

You've heard that before, I'm sure. It's part of the approach to simplifying a painting subject that we are practicing all the time, the progression from general statements to specifics. If you are painting the shady side of the street, begin with what all the buildings have in common, the shade, then proceed incrementally with how the buildings are different. First general, then specific. 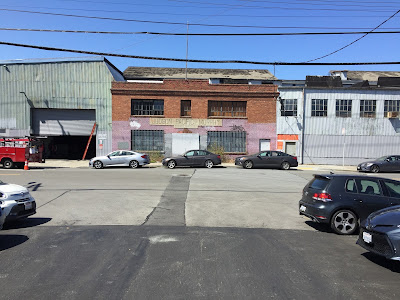 What do these buildings have in common? They are all humble, utilitarian structures, nothing grand or pretentious. They all have dark windows, and dark rooflines.
I see an opportunity to give much of the control back to the paint in the early stages of painting. and gain a feeling of playfulness. If the green and gray and orange flowed together they would still be rectangles of different colors, just more relaxed. The windows and the rooflines will surely give the buildings sufficient density and clarity,
I would start the buildings by treating them a s a single shape, maybe a pale blue, like the one on the right. Then, while that was still wet I'd bring in the separate colors. I might do something similar with the three cars in front of the brick place.
What about the symmetry? It's unfortunate. How about moving that dark strip of pavement off to one side? Actually, you could do something different with the cars - shove them all off to the other side.

Here are a couple more images that could benefit from seeing how they are alike first, then implying the differences. 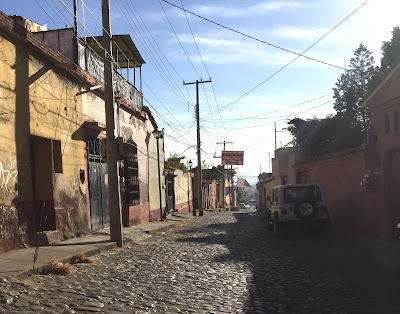 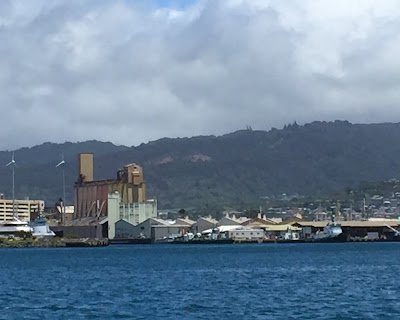 Posted by Hoffmann Watercolors at 3:57 PM