Realism and abstraction can seem to be completely separate forms of expression. Looking at Andrew Wyeth's paintings alongside Ellsworth Kelly's, for example, one might conclude that the two had nothing in common. But Wyeth would have been quick to tell us that he was first and foremost an abstract painter. 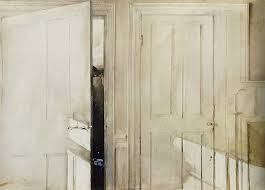 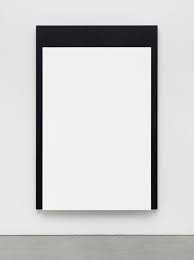 How we see these paintings depends on what we're looking for. If we insist on observing what we expect to see, such as the subtle narrative content in Wyeth's painting, we could miss the bold geometric structure that holds it together. Take away the element of illusion, and the continuum on which both painters reside begins to be felt. All painting is abstract, in that without an illusion of space or light or substance all that is left is paint.

And the illusion only exists insofar as we, the viewers, agree that a particular collection of paint marks reminds us of something in the real world.

Of course, It can be quite a stretch to connect finely detailed realism to minimal abstraction. The artist in one case is referring over and over to the appearance of reality, working to duplicate it as nearly as patience will allow, while on the other hand it would be fair to say that nothing from outside the artist's inner experience is being described. The two are at vastly separated stations on the continuum. But there are countless individuals at every station in between. Enter Alex Katz: 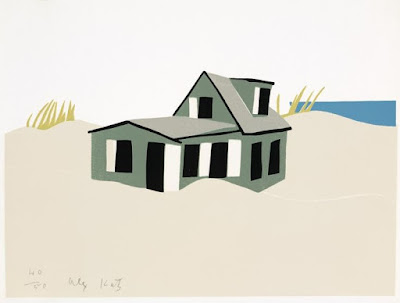 Katz refers to what he knows will be recognizable to most people, but he stops way short of describing all the visual information that a specific place displays. His realism is more symbolic than Wyeth's, and at the same time more descriptive than Kelly's.

The following photos might include one that inspires you to devise your own set of symbols that represent a generalization about the subjects: 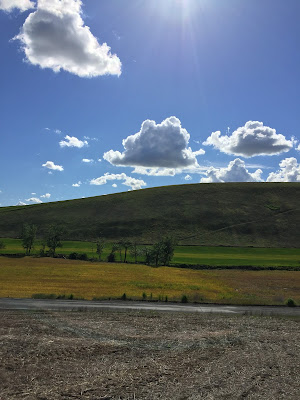 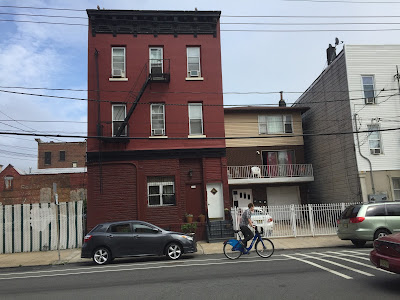 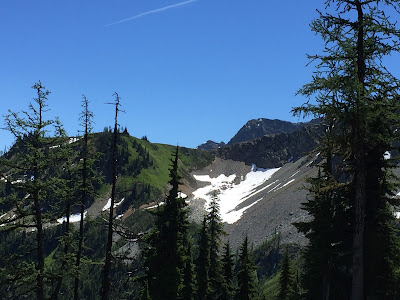 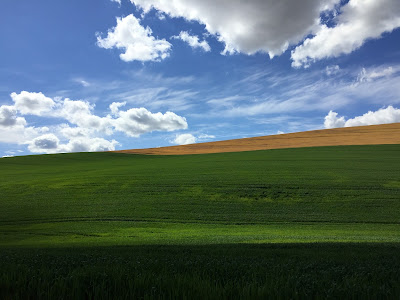 Posted by Hoffmann Watercolors at 12:51 PM