Before you begin painting a new subject, you can often gather useful information by addressing questions to the scene itself. You can sometimes tell, for example, at which stage in the sequence of layers the major elements of the image will take on their final definition. 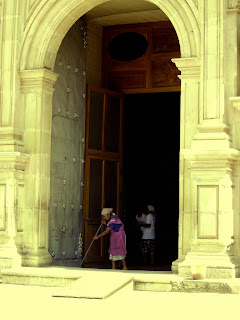 In this image, the inside of the arched doorway is so much darker than the sunlit wall, you can be confident that the architecture will take on solid form only when the darks go down. This means that the earlier light and middle value layers can be applied casually, and still become meaningful later in the process.
In class we made studies of several images by painting only the pattern of the darks, leaving everything else white. when we assessed the results, much was revealed about the role the darks played in supplying the narrative content and in establishing a convincing illusion of light and space.

Now look at a new image, such as the ones below, and see what you can tell before you make any studies. Are the darks likely to make carefree work possible in the early stages? Do the middle values play an essential role in creating the feeling of depth in the scene? Which elements of the composition must be carefully rendered, and which can be handled loosely? Write down your predictions.


Then make studies that will provide answers to your questions. You might make a darks only version, or one where the middle value shapes and the whites they surround are the only forms. What did you learn? make notes on your studies, and bring them in to class. 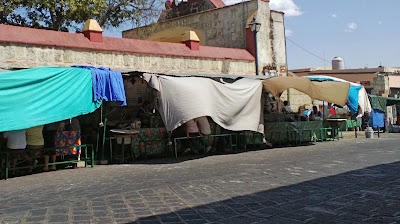 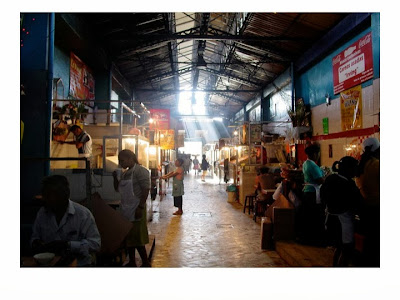 Posted by Hoffmann Watercolors at 9:57 PM